Elcomsoft System Recovery helps producing court admissible evidence with write-blocking mode and read-only disk imaging. The write-blocking mode is engaged by default during the first steps of running Elcomsoft System Recovery, ensuring that no data is modified on the target computer. Write-blocking disk access is the tool’s default behavior. Experts must explicitly untick the “read-only” box to access system management functionality such as resetting Windows user and administrative passwords.

The disks can be imaged into verifiable .E01 images. Together with read-only access, the use of hashing helps establish digital chain of custody, while employing the industry-standard .E01 format makes the images compatible with third-party forensic tools for comprehensive analysis. Whether the disk is imaged into a RAW/DD or the newly supported .E01 format, Elcomsoft System Recovery calculates a hash file and places it alongside with the image. The hash values calculated during collection can be used to authenticate evidence at a later stage.

Elcomsoft System Recovery can reset SYSKEY passwords in order to restore the system’s normal boot operation. Before resetting a SYSKEY password, ESR will now check whether this operation is safe for the system.

Elcomsoft System Recovery can reset account passwords instantly, while supporting pre-configured attacks to recover the original passwords. In addition, users can upload their own custom dictionaries for high-performance dictionary attacks with up to 4 levels of mutations.

Elcomsoft System Recovery unlocks locked and disabled user and administrative accounts in Windows 7, 8, 8.1, Windows 10, as well as many legacy versions of Windows including Windows Vista, Windows XP, Windows 2000, Windows NT as well as the corresponding Server versions up to and including Windows Server 2019. Both 32-bit and 64-bit systems are supported.

Elcomsoft System Recovery comes with everything to quickly create a bootable DVD or USB flash drive. The image is based on a customized Windows PE environment, and comes pre-configured with a number of drivers to allow seamless experience on most legacy and cutting-edge hardware configurations.

Create a bootable USB drive or DVD disc in a few easy steps for immediate assistance. Elcomsoft System Recovery comes with 32-bit and 64-bit UEFI and legacy BIOS configurations, allowing you to create bootable media for all types of systems.

Elcomsoft System Recovery is an all-in-one security tool for Windows accounts. The tool helps detect and resolve a variety of issues related to user and administrative account passwords.

Multiple Windows, Linux and macOS full-disk encryption tools are supported including TrueCrypt/VeraCrypt, all versions of Microsoft BitLocker, PGP WDE, FileVault2, BestCrypt and LUKS. The tool must be launched with administrative privileges on the live system being analyzed. If an encrypted volume is detected, a further investigation of a live system might be needed to preserve evidence that could be lost if the computer were powered off.

» Read more about Elcomsoft Encrypted Disk Hunter in our blog 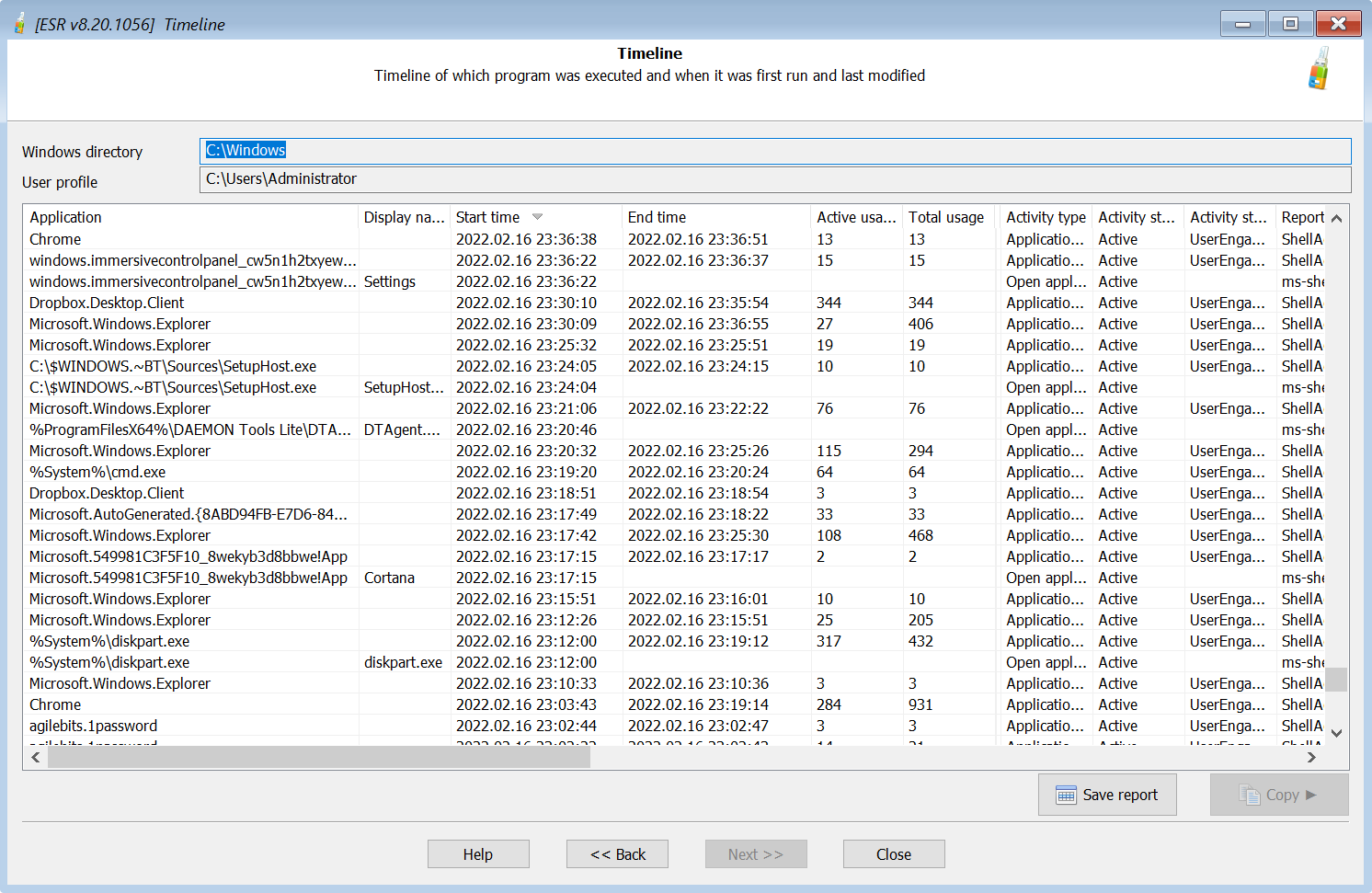 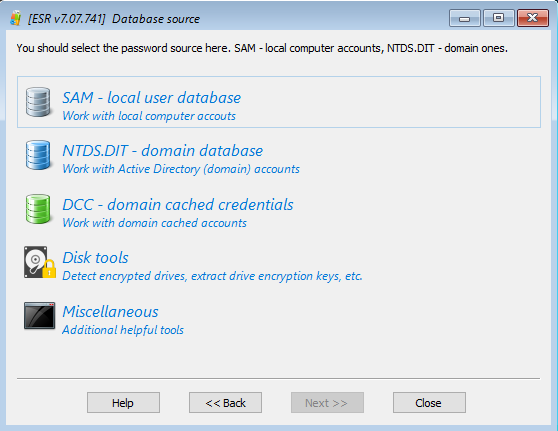 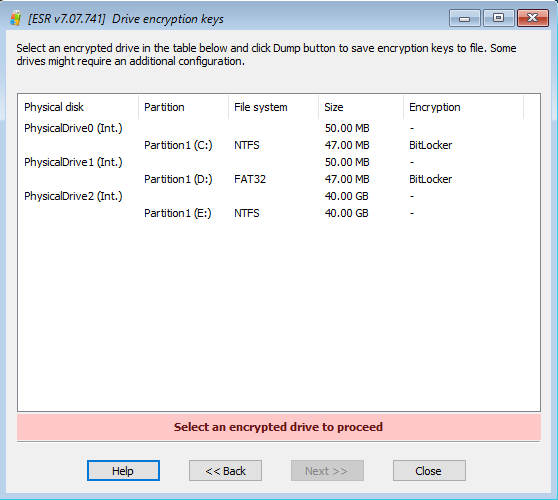 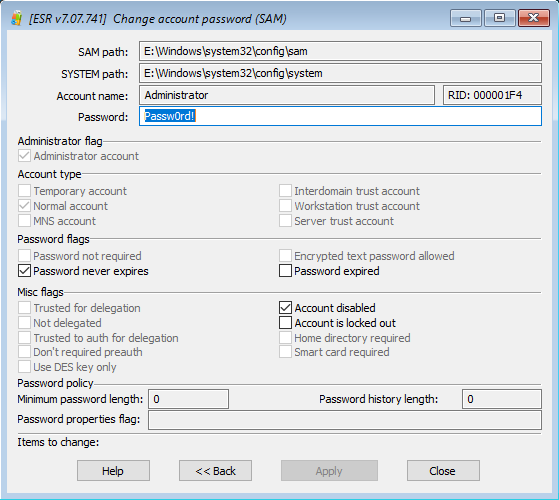 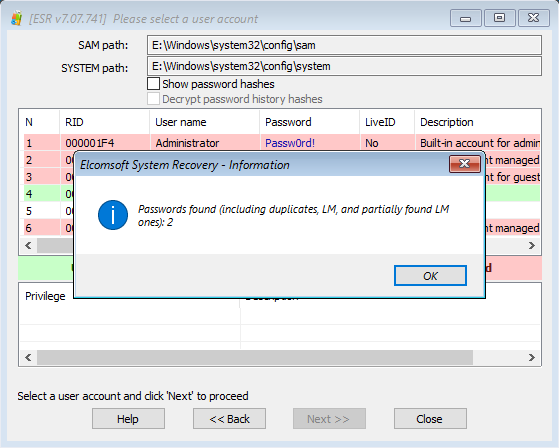 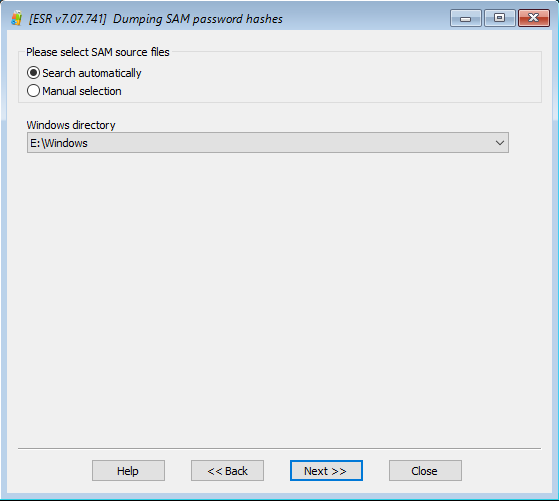 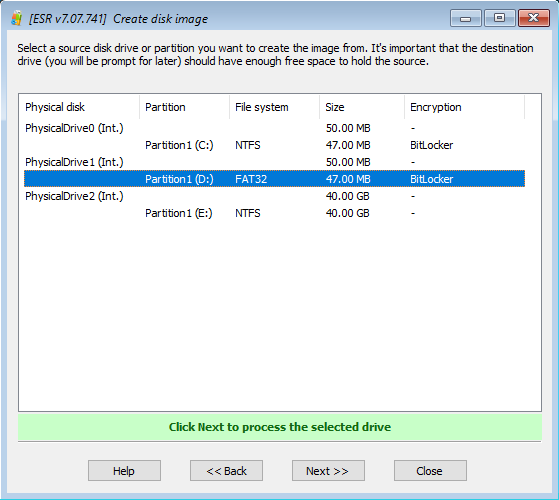 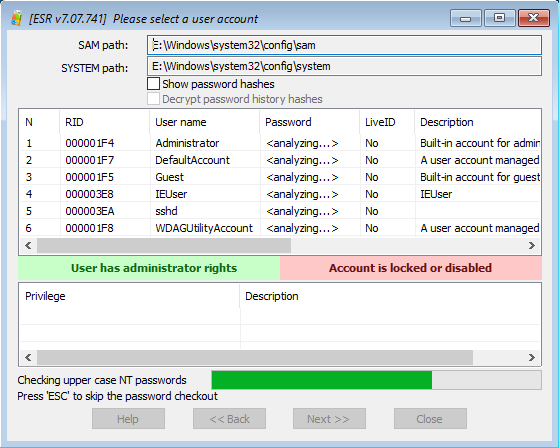 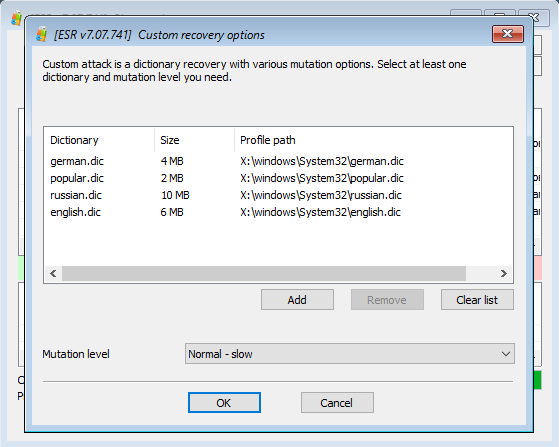 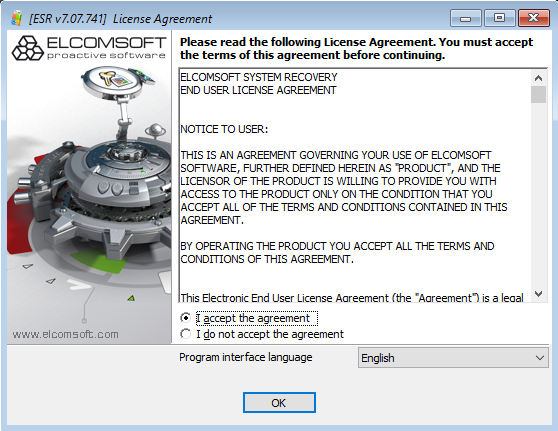 Quick forensic tools make it easier to analyze computer systems in the field by booting from an external USB drive. The newly added tools allow reviewing the list of applications installed in the system, analyze the users’ timeline and access the list of recently accessed files and folders. These tools can be launched instantly from the bootable drive and are designed to speed up investigations by shortcutting the lengthy disk imaging and analysis process. The users' passwords are not required.

If there are no EFS-encrypted files on your Windows account, an instant unlock option is the quickest and easiest way to gain access to user and administrative accounts. Elcomsoft System Recovery resets forgotten passwords with a new password supplied by you, allowing for immediate login without the time-consuming password recovery operations.

In case you must know an original password to a Windows account, Elcomsoft System Recovery is fully equipped with everything needed to recover the password. Common passwords and dictionary attack are attempted first hand, and take only minutes with good chances of retrieving a password.

In addition to Windows account passwords, ESR can extract stored Wi-Fi passwords. Together with other types of passwords, the Wi-Fi passwords can be added to a highly targeted custom dictionary that can be used to break strong encryption and attack passwords protecting encrypted documents, disks and accounts.

Elcomsoft System Recovery can extract password hints and security questions and answers aimed at helping users recall their forgotten passwords. Examiners can use password hints and QA to re-create the user’s original passwords and make targeted dictionaries for password attacks.

In addition to instantly resetting the password, Elcomsoft System Recovery comes with the ability to export hashed Microsoft Account passwords, enabling experts to perform an attack to recover original plain-text passwords using Elcomsoft Distributed Password Recovery or compatible tool. By recovering the original password, experts gain access to large amounts of information stored in Microsoft and third-party services authenticated via Microsoft Account. These services include Skype, Hotmail, and OneDrive. In addition, Microsoft Account can unlock access to Windows Phone and Windows 10 Mobile backups, detailed information about the account owner, the complete list of all desktop and mobile devices connected to the account (along with their locations), and in some cases even synced browsing history from all of the user’s devices, favorites and form data including passwords to online services and social networks. Finally, knowing the user’s Microsoft Account password enables access to BitLocker Recovery Key, allowing experts to access volumes encrypted with BitLocker.

Each step taken by Elcomsoft System Recovery is accompanied by a full backup of all changes, allowing to easily roll-back the system to its original state.