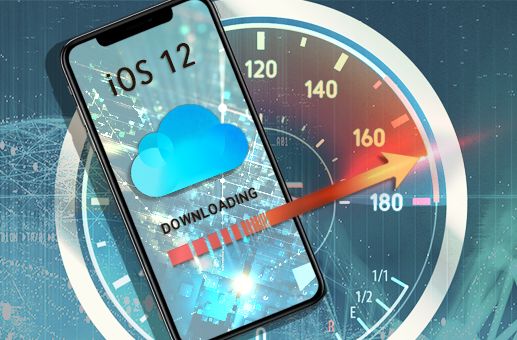 Elcomsoft Phone Breaker 9.05 improves download speeds for synced iCloud data, nearly doubling the performance of previous builds. In addition, EPB 9.05 implements a workaround allowing experts download iCloud backups produced by all versions of iOS including iOS 11.2 and all newer versions up to and including iOS 12.1.1.

Elcomsoft Phone Breaker 9.05 is updated to improve performance and compatibility when accessing iCloud data. The iCloud download speeds are nearly doubled over the previous releases for large amounts of synchronized data. Categories with very large numbers of records such as Health and Messages are now downloaded significantly faster.

We have also implemented a workaround enabling EPB 9.05 users to download iCloud backups produced with all versions of iOS up to and including iOS 12.1.1. Due to increased security measures, Apple has limited access to iCloud backups produced by iOS devices running iOS 11.2 and newer for accounts protected with Two-Factor Authentication. As a result, older versions of Elcomsoft Phone Breaker were unable to download iOS 11.2+ backups for 2FA accounts.

In this release, Elcomsoft Phone Breaker employs a workaround allowing experts to access such iCloud backups. The use of this workaround leads to a temporary lock of the user’s Apple ID, and requires a password reset. We are working on a permanent solution to allow unrestricted access to iCloud backups produced by the latest versions of iOS up to and including iOS 12.1.1.

The iCloud synchronization mechanism is separate from and works in addition to iCloud system backups. Unlike iCloud backups that occur on daily basis, select data categories synchronize at a faster rate. If the device has an Internet connection, synced data are updated in the cloud with little delay. This enables Elcomsoft Phone Breaker users to access information such as browsing history, messages and attachments, photos and passwords in near real-time manner.

The update is free of charge to all customers who purchased or renewed their Elcomsoft Phone Breaker or Elcomsoft Mobile Forensic Bundle license within one year. Discounted renewal is available to customers whose maintenance plan has already expired.

ElcomSoft Phone Breaker 9.40 is out with support for Skype chats, files and metadata

The Worst Mistakes in iOS Forensics