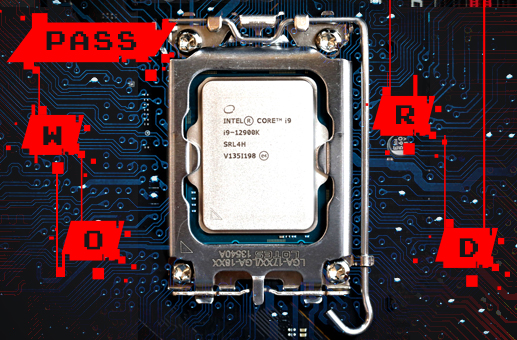 Alder Lake is Intel’s codename for the 12th generation of Intel Core processors. The architecture introduced a new hybrid design combining high-performance P-cores and power-efficient E-cores in a single CPU. The new hybrid CPU topology has important performance implications and requires changes to third-party software with certain types of load.

High-performance video cards are commonly used for almost everything including password recovery. However, some algorithms are designed specifically to deter hardware-assisted attacks. For this reason, getting the fastest CPU may be the only option to break certain types of passwords in reasonable time.

The hybrid architecture of Intel’s Alder Lake platform requires software developers to step in and update their software. We optimized Elcomsoft Distributed Password Recovery to support Intel’s new heterogeneous architecture, thus unleashing the full potential of the newest and fastest 12th-generation CPUs. Compared to prior releases, the optimization in Elcomsoft Distributed Password Recovery 4.4 more than doubled the performance on Intel’s 12th-generation CPUs equipped with a mix of E-cores in addition to P-cores. For example, the popular SHA-256 algorithm resulted in 132 million passwords per second prior to optimization, while delivering the speed of 367 million passwords per second after optimizations were made. A technical explanation and benchmarks available in the following blog article.

In addition, we made some fixes and several optimizations to make password recovery attacks even faster.